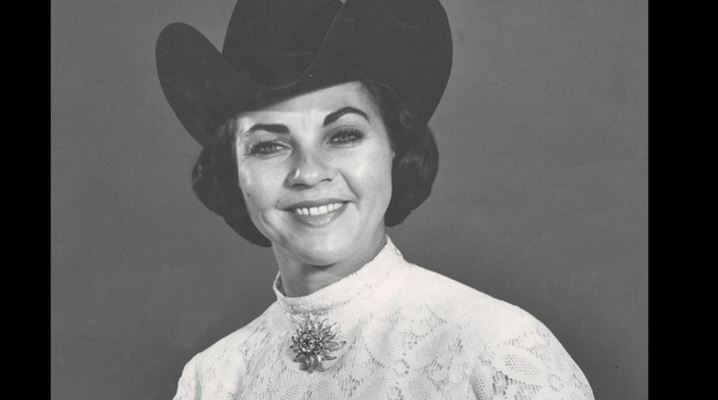 Ardith Bruce had a larger-than-life personality, enjoyed life to the fullest, and was set to be inducted into the ProRodeo Hall of Fame in Colorado Springs, Colorado with the class of 2022, but passed away on June 27. 90 years.

Bruce passed away at Memorial Hospital in Colorado Springs. Bruce was a tough-as-nails barrel racing competitor until she was 80 years old. On July 16, Bruce will receive a posthumous induction into the ProRodeo Hall of Fame.

Bruce joined the Girls’ Rodeo Association (GRA), which is now the Women’s Professional Rodeo Association (WPRA), in 1960. In 1964, while riding Red, a horse registered as the Shaws Kingwood Snip, she won the championship world, taking the sport to its highest point. Red was the first GRA/WPRA Barrel Horse to be depicted in colour on the cover of the Quarter Horse Journal in 1965. Red was also the Reserve World Champion AQHA Barrel Horse that same year.

The first WPRA World Champion team to start in the left barrel was Bruce and Red. Bruce made the decision to change course and move to the left because they had run into some barrels. From then on, she would run Red to the left if the build was higher. In that case, they turned right. Seven years in a row, from 1963 to 1969, she finished in the top 15 in the world rankings.

Bruce, who was born in Clay Center, Kansas, on July 22, 1931, was one of the first GRA members to offer barrel racing clinics. He frequently travelled to Hawaii to do so. She spent a lot of time on the race track and was the first female racer licensed in the state of Colorado other than barrel racing.

Even after her career as a full-time competitor ended, she continued to give back and show her support for the association. Bruce helped establish operations when the WPRA headquarters moved to Colorado Springs. Amber Bruce West, her granddaughter, served a term on the WPRA Board of Directors as evidence of her commitment and loyalty to the WPRA.

Bruce enjoyed her garden and her flowers, as well as her family, horses, and other animals. She was also a fantastic cook.
Funeral plans are still being finalized. Her husband Jim Bruce and her son Dan Bruce predeceased her.